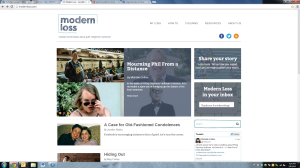 Sometimes it helps to talk about your grief. Other times reading stories from others about their grief provides comfort and hope. Still others want to write about their grief. This site, www.modernloss.com offer writing about all kinds of grief, offers advice in the form of how-to articles, and also has a section for sharing stories. Here is a link to essays on infant loss and others.

The HOPING Group is held the first and third Monday of every month at 7pm in the Barry D. Brown Health Education Center at the old Virtua Hospital (106 Carnie Boulevard, Voorhees, NJ). Check out the map for location and directions. No registration is necessary. If you have questions or need directions, call toll-free 1-888-Virtua-3 (1-888-847-8823). This essay on the New York Times Motherlode blog tells a story of a women who  lost her baby but still received the baby formula starter kit in the mail around the time of her approaching due date. This happens frequently and can stir up a range of emotions, as it did with this author. Click here to read the full essay. 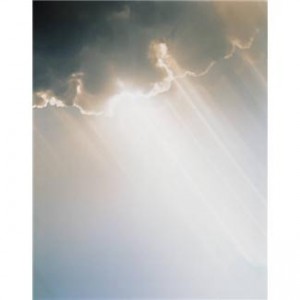 Infant loss is devastating to parents and their extended families and friends. Caring people often make the difference and provide some light in a very dark time.

Hopingnj.org’s Ann Coyle was recently recognized by Suburban Family Magazine as one of its Citizens of the Year. Ann is a neonatal intensive care nurse and also leads the bereavement support group at Virtua Voorhees Hospital and is also the facilitator of the hospital’s Angel Garden. 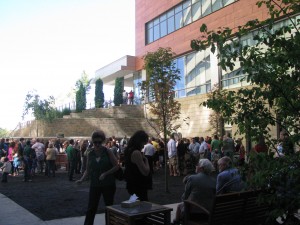 Long-time grief counselor and author, Over the Rainbow Bridge, Shirley Enebrad notes parents who have experienced the death of a child–no matter what age–
can benefit from attending support groups or workshops because they have the opportunity to finding out that they are not alone and that their experiences and feelings are “normal.” She’s been working with grieving children and adults for many years and adds that “the length of time one needs to attend depends on the individual. Some came every month for two years or longer while others got enough out of two or three meetings.”

Initially Enebrad helped start grief workshops for kids and teens for the Elisabeth Kubler-Ross Foundation in the mid-80’s right after her own son died from leukemia. “We did workshops based on Kubler-Ross’ methods used for her adult workshops given worldwide. Prior to my son’s death I helped start a support group for families dealing with loss and grief. I ran the parents’ group for many years,” she explains.

Later, Enebrad was then hired to do grief workshops and groups for children and teens through a hospice agency in Everett, Washington. “I ran the groups for 15 years. Support groups are extremely valuable but they are not for everyone. People who do not feel comfortable talking in front of strangers often have a difficult time,” she says.

If a person is resistant to attending there is little hope that they will change his or her mind about being there, she says. “Although, I had one mom who
attended and learned very quickly that talking about her issues helped. She
came faithfully for a year and a half.”

After the loss of a child or other loved one, it can be tough to know what to do. People want to be helpful, but often don’t know how to best do this.

“This is a delicate time and certainly one that is individual and not always
expressed with the atypical assumptions of grief,” says Lisa Bahar, Licensed Marriage and Family Therapist/Licensed Professional Clinical Counselor in Dana Point, CA. “It is helpful to come from a perspective of not necessarily knowing how another is feeling.”

She notes that relating to someone experiencing grief can be a vulnerable place because there is many times lack of acceptance of what has happened. This is sometime expressed as a denial of a child being gone–the parent might not believe or their mind cannot accept the child is gone. Therefore they might respond in what may not seem as an accepting (and instead perhaps defensive or disconnected) manner.

“As a clinician, I will certainly provide added support as an option, but will not force, since it is an individual experience of grieving and processing what has happened,” Bahar explains.
Support Group Considerations: 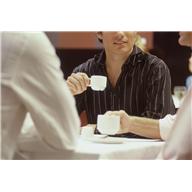 Internationally, a new trend is brewing. People — often strangers– gather at a coffee shop and discuss end of life issues. Death Cafe is based on the ideas of Bernard Crettaz a Swiss sociologist and anthropologist, who set up something called Cafes Mortels. The first Death Cafe in the UK was held in September 2011 and was facilitated by a psychotherapist.

The aim of Death Cafe is “To increase awareness of death with a view to helping people make the most of their (finite) lives,” according to www.deathcafe.com. Death Cafes are now held all over the world in coffee shops, people’s houses, and other places. It is part of a set of projects about death called Impermanence.

For more information on Death Café see  http://impermanenceatwork.org/dc.html and www.deathcafe.com. 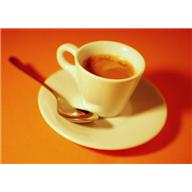 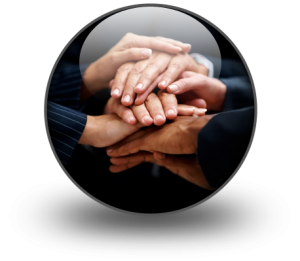 Support groups can be extremely beneficial for a parent who has lost a child. Parents can receive a great deal of support and guidance while they are dealing with grief, says Kristine A. Kevorkian, PhD, MSW.

Giving people an opportunity to tell their story helps in their grieving process, she explains. When Dr. Kevorkian was a hospice medical social worker, she co-facilitated bereavement support groups for kids and teens who lost loved ones, even siblings. Support groups also offer an opportunity also to learn how others have coped with something similar.

Here are some tips to finding a group that is good for you:

“All in all, I think we’d cope better if we shared more about how we’re dealing with grief rather than staying silent about it,” she says. 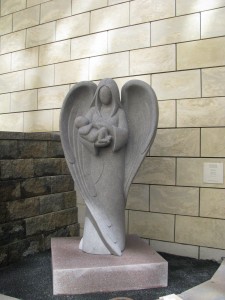 Make yourself familiar with the angels and behold them frequently in spirit; for without being seen, they are present with you.
– St. Francis De Sales

Or when will this awful, gut-wrenching pain go away? Parents who have lost children often say they feel a sort of deep sorrow that up to that point had not be imaginable. Often parents note they feel they will never feel joy again or fear the darkness will not lift.

In this article How Long Do We Grieve on Mariashriver.com, writer and therapist Claire Bidwell-Smith notes:

“One of the most common questions I’m asked, both as a therapist and as someone who writes about grief, is how long it lasts. How long will I grieve? Does it ever end?

My answer is always the same: It’s different for everyone. But I can tell you that grief almost always lasts longer than the people around you expect it to.”

Bidwell-Smith shares hope. “I do believe that there can be an end to active grieving. I think there comes a time when the real, raw pain of grief ends, when you no longer think about that person’s absence first thing in the morning.”

Ultimately, love lives on, she says.

Follow the link here to read the entire article.

Articles in the South Jersey Times and Courier Post spotlight Neonatal Intensive Care Nurse Ann Coyle’s win as Johnson & Johnson’s Most Amazing Nurse and also highlight her works as the facilitator of the HOPING (Helping Other Parents In Normal Grief) Bereavement Support Group for family who have lost children.

The group provides a chance for parents to grieve and meet with other parents who have experienced similar losses. Parents can also visit The Virtua Angel Garden, says Ann. The memorial includes the names of some of the infants who died.

“A lot of the parents (who lose babies) are young and may not even have money to bury their babies, so they never see their baby’s name written anywhere,” Ann explained to the Courier Post. “I think it really gives validity that they had a life.”

For families who have lost a loved one, the kindness staff and family members provide during their darkest time is lasting. In this Nurse.com piece, Neonatal Intensive Care Nurse Ann Coyle, RN,  shares her experiences with helping one family navigate the grief process and memorialize their lost children.

Ann is also the facilitator of the HOPING (Helping Other Parents In Normal Grief) Bereavement Support Group for family who have lost children. “It is so important for families to be able to grieve and remember their children whose lives were brief, but whose lives mattered,” she says. “I consider it a blessing to be able to help bereaved families, and I am amazed every day watching them heal and grow to be able to help other parents who are facing the same experience.”

In this Huffington Post article Ann Coyle, RN, Neonatal Intensive Care Nurse at Virtua Voorhees Hospital in Voorhees, NJ, and facilitator of the HOPING Bereavement Support Group for family who have lost children, shares her thoughts on grieving the loss of a child.

The garden — with its angel statue, ever flowing fountain, gardens, and memorial plaques — stands in tribute to lives gone too soon and provides a place for parents to come to visit. Plans for the sanctuary were inspired, says Ann, when she visited another hospital and saw its memorial garden seven years ago. 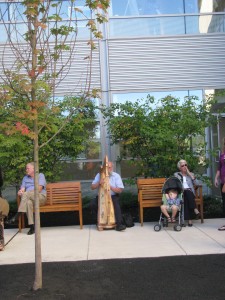 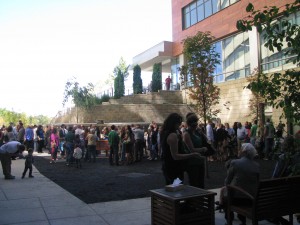 Welcome to our site designed to help grieving parents walk through their journey of grief, always knowing that they have a friend to help them get through it….not over it.  Many well-meaning family members and friends tell us that we should ‘get over it’ by a certain time, but grief is an individual journey which has no time limit.  Anyone is welcome to join us regardless of where or when your loss occurred.  This website is intended to provide ongoing support for those who need a friend to ask a question, or just to express your feelings in a safe environment, free from judgement.  Please visit our site often and leave suggestions for new links, poems, books, or other helpful items.  We hope you find comfort, peace, and healing.